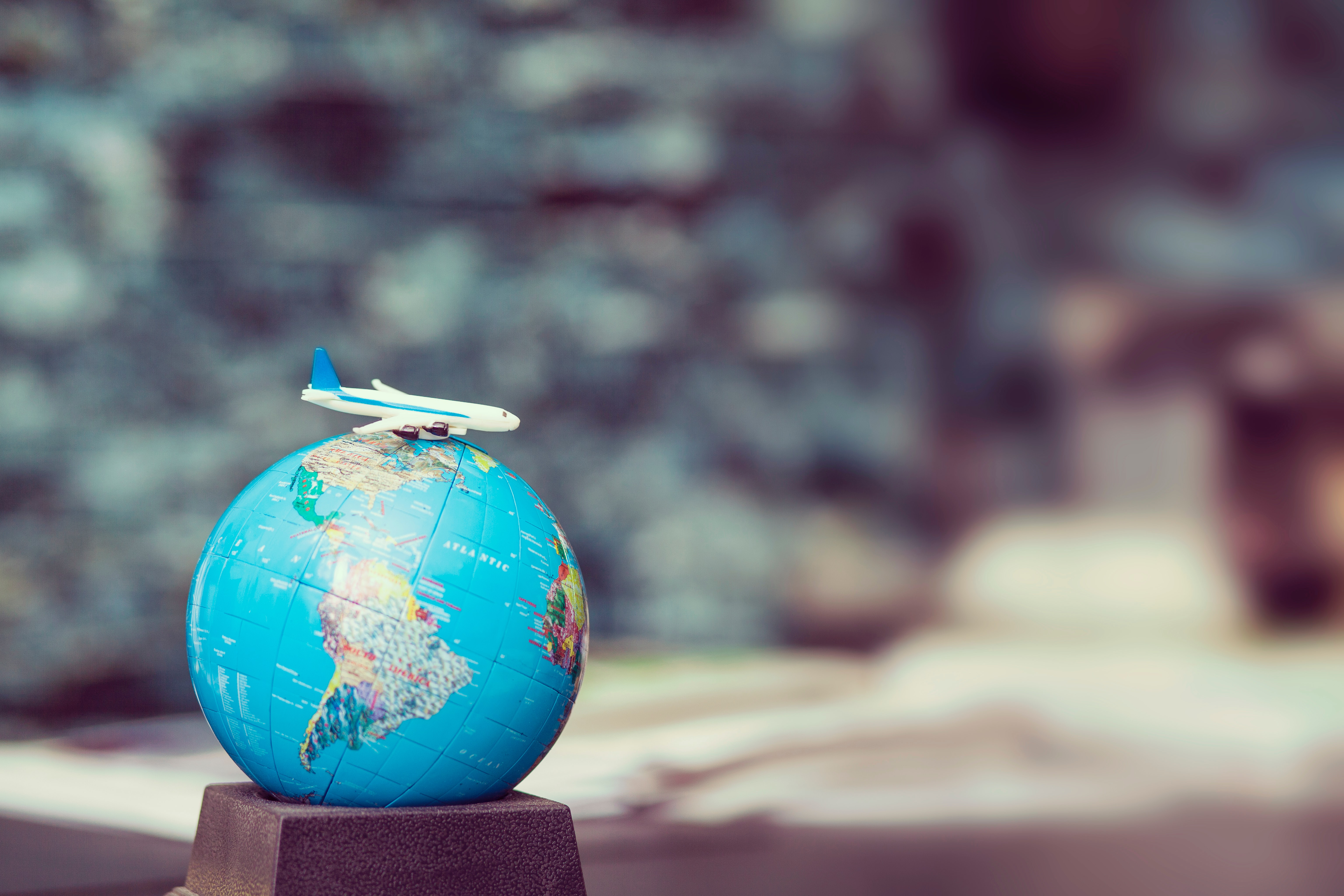 ‍Everything You Need to Know About Jack’s Flight Club

Are you looking for a romantic city to visit on your honeymoon? Have you got a list of destinations in mind for your next trip abroad? Then, what you need is a bespoke service that will provide massively low-priced airfare deals at your disposal. This is what Jack’s Flight Club offers you.

However, it’s not the only service out there for receiving cheap flight deal alerts which is why we thought of giving it some judgment for your benefit. We have put together the best Jack’s Flight Club review to help you find out if it’s really worth the dollars you spend. In our no-frills, no-strings attached review we have provided every important detail regarding Jack’s Flight Club so that you can decide for yourself without hesitation.

What is Jack’s Flight Club All About?

Let’s start from scratch. Jack’s Flight Club is an email newsletter service that brings cheap flight deal alerts to your inbox. It’s free for anyone to use, but you also have the option of upgrading to a paid version as well - more about that for later.

Jack and his team use online airfare matrix systems to search the web for crazy airfare deals from the U.K, Ireland, Europe, and the U.S. to various international destinations that would make you want to pack your bags right away. The times when you had to comb through Skyscanner and Google Flights in search of flight deals and draining yourself in the process are gone. You no longer have to spend hours trying to find discounted airfares because Jack’s Flight Club does all that for you!

Although quite a few alternatives are providing the same service, Jack’s Club is a popular service in the UK, Ireland, and the rest of Europe. It has also extended to the U.S, although the popularity there is questionable. You can find out why by reading the rest of Jack’s Flight Club review.

It’s interesting to learn how small ideas sprout into big businesses over time, and Jack’s Flight Club is one of them. So, we think it is best to note a few points on how it all started. Jack’s Flight Club was founded by Jack Sheldon, a travel junkie who believes that traveling should be an affordable luxury for anyone. He calls himself a flight hacker.

He was a genius when it comes to scouring the web for deals that are either mistake airfares or airline offers. So, what was once a miniature service for flight deal alerts available to family, friends, and friends of friends has now turned into a global business with over 1 million subscribers today.

Since its inception in 2016, Jack’s Flight Club has risen through its ranks, being featured in Lonely Planet, The Guardian, The Telegraph, and The Independent.

How to Receive Alerts from Jack’s Flight Club?

The process of using the service is pretty simple. Upon visiting the website of Jack’s Flight Club, you can pick among the U.K and Ireland, Europe, and the U.S. as your home region. The website will then be customized based on your region. All you have to do is enter your email address into the website and subscribe to cheap flight deal alerts. Once you see an interesting deal, you just have to click on it, and go to the site to book it.

Free members get around 6-8 emails of flight deal alerts per month, which is a lot less compared to the premium membership. On average, it’s around 1-2 alerts per week. However, we must say it is great for those who are really intrigued by the service and want to give it a go.

If you are looking for more, you can go for the paid membership which has a number of advantages. The payment methods are flexible so that you can select one that suits your budget.

In our Jack’s Flight Club review, we would like to recommend you to go for the cost-effective annual payment option if you are thinking of signing up for the premium membership.

The Perks of Being a Premium Member

If you register for the Premium Membership of Jack’s Flight Deals, you will be entitled to the following benefits.

In our opinion, the main advantage of signing up for the premium membership, is that you get to know about the fortune of flight deals first. The free members are alerted only sometime later so that the privileged club of premium members can get their hands on massive deals before they do.

Jack’s Flight Club promises its premium members four times more alerts than what is sent out to free members which is quite impressive. On average, you can expect to receive around 7-10 emails per week notifying you about the latest deals available.

In early December 2019, Jack’s Flight Club introduced a mobile app exclusively for its premium members to enhance the experience of their service. Members receive prompt notifications of deals and error fares right when they are posted. The application can also be used to browse past deals that are still available for booking. Their app eliminates the need to check your email inbox very often.

This one really caught our eye! Premium members not only get notified about cheap international flight deals but also on domestic deals which is awesome. Since domestic flight deals are not something offered by other similar services like Scott’s Cheap Flight Deals, this should give Jack’s Flight Club a better competitive edge.

Say you are not satisfied with the premium service and don’t find the deals to be worthy enough, Jack’s Flight Club will refund your membership fee immediately as requested. You can try out the service for one month, and unsubscribe at any time without losing the money.

Last but definitely not the least, we would like to highlight that if you are a premium member, you also get to be a part of a bigger community that is driven towards sustainable traveling. Jack’s Flight Club acknowledges the significant negative impact caused on the environment from carbon emissions of air travel. In this regard, they have pledged to plant 10 trees for every upgrade of membership to the premium version. Find more about that here. ‍

Jack doesn’t receive any commission for the referrals he makes, and therefore it is safe to believe that the deals sent out are carefully picked by his team. They make sure their selected flight deals are ‘really reaally cheap.’ Also, most of the deals sent by Jack and the team are three to eleven months ahead, which gives you the facility to plan your trip ahead. We think that’s great because not everyone is used to last-minute bookings, especially not the perfectionists! Moreover, we really like how Jack treats his club members and attracts potential ones.  Jack flying down to answer different queries about his service personally in his series of AMAs on Reddit in the past has made his service more reliable and accountable.‍

What Jack’s Flight Club could do better?‍

Even though Jack’s Flight Club states that its services extend beyond Europe, allowing U.S. travelers to make use of their service as well, we think it’s still an area that needs a lot of work. When it comes to the number of deals available for Europe and U.S. users, we think the former gets a bigger share for now.

Also, we looked at a few Jack’s Flight Club reviews from both current and former subscribers. While many emphasize the positive aspects we highlighted above, there's still a facet of criticism. Users on Reddit have highlighted how there are better options in comparison to the features they offer. At the same time, some claim that free members are alerted about deals only when they are about to expire.

We have to agree that Jack’s Flight Club is a great service that keeps you in the loop about discounted airfare deals right when they become available. But, we also think you should take a look at other similar services available before you get into the premium membership. In our Jack’s Flight Club review, we are going to focus on another amazing alternative with impressive perks.

If you are someone living in the U.S who is disappointed that you can’t get much use from Jack’s Flight Club deals, it’s time to leave your worries aside because Flyhoop has come to your rescue!

Flyhoop is a free service that rounds up jaw-dropping airfare deals from different sources and sends them to you via email and push notifications like Jack’s Flight Club. You have the option of sticking with a free membership account or upgrading it to a premium version with added benefits like,

How Flyhoop treats you better than Jack’s Flight Club?

While the above are what we found to be similarities between the two, we also noticed some features in which Flyhoop supersedes Jack’s Flight Club.

Jack’s Flight Club exclusively focuses on economy class, although they do keep checking on business class deals as well. The problem, however, is that you can’t filter deals according to classes. So, this is a special feature offered only by Flyhoop.

While premium members have access to previous deals that are still active, you don’t get the facility of saving an interesting deal while going through the list of alerts in Jack’s Flight Club.

In our comparison, we found that Flyhoop’s premium membership only costs $36 per year, which is a lot cheaper than Jack’s Flight Club that charges $49 per year. But, that’s not all that it has in store for globetrotters like you.

Unlike other mainstream services that alert you of deals only from limited destinations, Flyhoop is open to anyone from any corner of the world. Currently, Jack’s Flight Club only caters to customers in Europe and the U.S. This global service is a savior when it comes to helping travelers make their dream trip abroad while saving up enough money to enjoy the real adventures that await them.

What’s more? It’s very simple and easy to use. If you want to know how, check here.

Our Final Verdict on Our Jack’s Flight Club Review

On a positive note, it is a jackpot for wanderlusts as ‘insane deals’ they send out can fill your list of places to visit. There’s no doubt that a discount that goes up to 90% will tempt you to explore the place and get the most out of it. In this regard, we think it’s great in the sense that it promotes traveling even among people who run on tight budgets.

It is true that getting hold of really low-priced tickets can actually cover the entire amount you pay for the premium membership of Jack’s Flight Club. But, as customers, it is always important to make your rational decision based on a multitude of factors. If you are a backpacker always in the lookout for an exciting new place to visit or someone engaged in a profession that always requires traveling abroad, signing up for the service can massively help you save good bucks by exploiting mistake fares. However, make sure you compare the perks offered by other alternatives like Flyhoop and take a look at payment options.